We got a really cool Paw It Forward gift box from Heffner and Bess. We got a really cool squeaky tennis ball (that doesn't squeak anymore because of Pulver.) We also got some bubbles..which makes us crazy..so Mom says that has to wait until it's a little nicer outside.
This really cool cow that holds a plastic bottle so it makes great noises. The only problem is that Pulver loved it so much that he chewed the top of his head off already. He still carries the poor little thing around though. 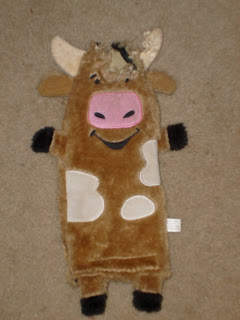 We also got a great orange squeaky thing! Mom likes it because it is orange, which is her favorite color, and I love it because it is a ball. Once again though Pulver chewed on it and he now has no ears. 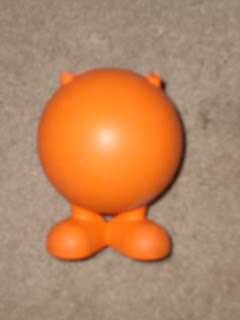 If anyone would like to also play the Paw It Forward game just leave me a comment that you want to play. I will take the first three and I will send you a message to get some information.

Plus I got a coat! It's been so cold here that I haven't wanted to go outside so Dad bought me a coat. Mom is going to see about making me a couple different one. 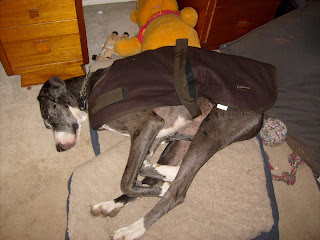 Besides that not much else is happening. I am going to try and get some pictures of the fence tomorrow. It is horrible! I can't believe what happened to it!
Posted by Diamond at 7:14 PM 11 comments:

My Mom is easily amused

We were over at Mango's leaving a comment and my Mom started laughing. As most people know when posting a comment you have to put in a randomly generated code to prove that you are a real person. Mom got a big kick out of the code we had to put in: 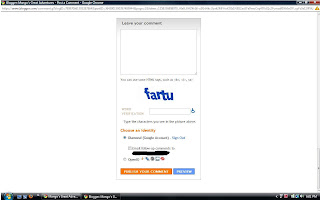 Why we love our Dad

Besides the obvious reasons everyone loves their Dad we love ours because when he sleeps he sleeps like the dead. How can you not notice that 2 100+ pound dogs get in bed with you and stay there? 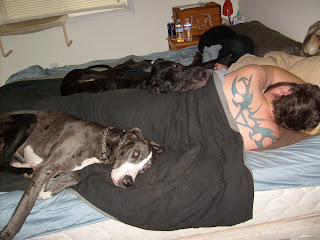 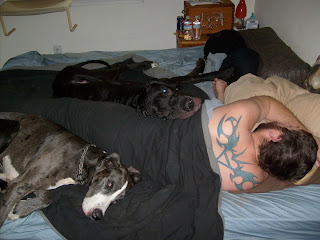 Mom got Dad a couple new shirts for his birthday. The problem with that is that his birthday is in December and Mom is really bad about saving presents. So Dad got his birthday presents a month early. Hopefully he doesn't forget when his birthday comes around!

Please excuse his doofy expressions. In the first picture he was laughing at Mom and in the second one he was outside smoking.

Here is what he got: 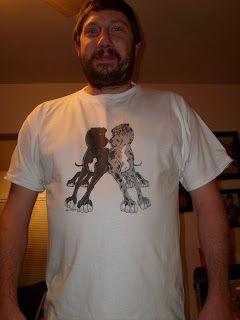 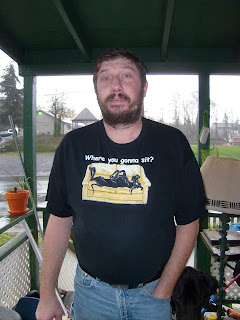 Who would I be game

We were reading Murphy's blog (warning: it has some HBO words) and he said that his parents played a game. The point of the game is to describe the kind of person or name a celebrity or TV/movie character that your dog or cat reminds you of, based on looks and/or personality.

Mom thought this would be a fun thing to do.

For Pulver:
Mom says that Pulver would be the guy from The Green Mile. 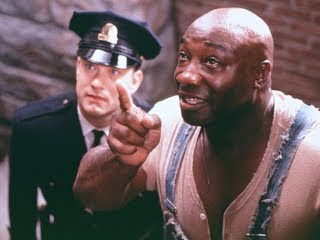 Now at first I thought this wasn't too bad, until she explained that she didn't mean the actor..she meant the character. She said that Pulver is a little slow, but he is sweet, well meaning, and special. I don't think he's very sweet or well meaning when he is stealing my stuffies but he is a little slow.

Dad said that he would pick Leif Garret. 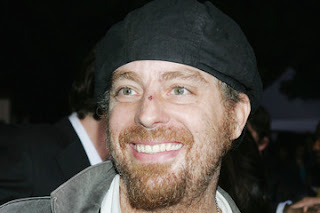 Mom says that Dad's only knowledge of Leif is from The Smoking Gun Presents: World's Dumbest so he shouldn't really pick him but that is who Dad picked.

For Me:
Mom says that I would be Fran Drescher in The Nanny 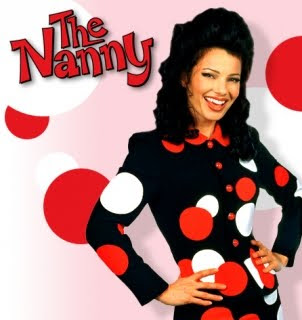 She says I am loud, annoying, and in your face. I say I just have a big personality!

Dad's pick started out slightly better. He at least picked a dog. He said I would be a dog from the old Spike and Chester cartoons. 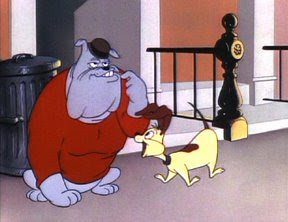 This wouldn't have been bad but he didn't pick the big dog. No! He picked the small twitchy, jumpy, annoying dog! I couldn't believe it. He says I am very tweaker-ish and that was the first thing he thought of.

I am surprised that they didn't pick someone more elegant, beautiful, and refined like this lady from Mom's favorite movie. 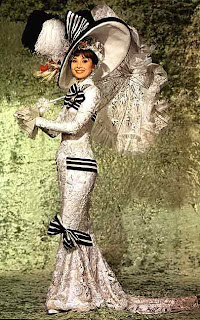 I don't think I'm going to let Mom and Dad play these kind of games anymore!
Posted by Diamond at 8:24 PM 4 comments:

I am at a loss for what to do about Diamond and her destructiveness.
When I left for work today I left a bag that had 2 books and a tupperware container that I had bought at the Goodwill on the couch. When I came home from work, I was gone literally less then 45 minutes, she had got the bag off the couch and chewed up everything in it.
This is not the first time she has done it. It is turning into an every day occurrence. She will find whatever she can and chew it up. She also does not care if we are home or not. If she sees a piece of paper, or really anything she wants, she will sit right in front of us and rip it up.
She has things to chew on so I am not sure what to do about it.
We used to kennel both her and Pulver when we left but she managed to rip the entire front of her kennel off. Broke it clean away from the rest of the kennel.
We tried the pheromone thing and that just seemed to make her worse.
I am at the point that the only thing I can think of is to muzzle her when we leave. Dustun is at the point that if I can't figure something out then he wants to find her a new home. We can't have her destroying whatever she feels like, whenever she feels like it. She is going to obedience but that won't help this issue, especially when we aren't home.
I don't like the idea of having to muzzle her, but like the idea of having to get rid of her even less. If anyone has any ideas I would really appreciate them.

Oh, and I realize that if I leave stuff out she may chew it up, but she will take stuff off the kitchen table, or take books off my bookshelf (yes, she has done that)
She has also gotten really bad at getting on the couch. This is a fairly new thing (since she broke her kennel) she will get on the couch when we are gone, or when we are in bed. I am not sure how to stop that. I can't shut her in a room because she will destroy the door, door jamb, and door knob trying to get out.
Posted by Diamond at 7:26 PM 8 comments: 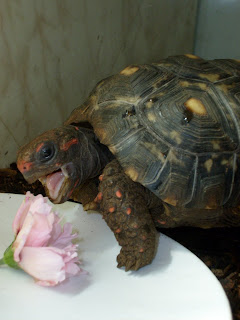 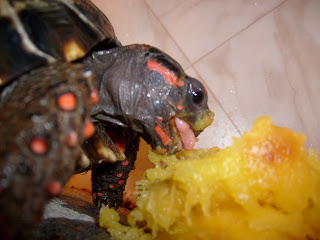 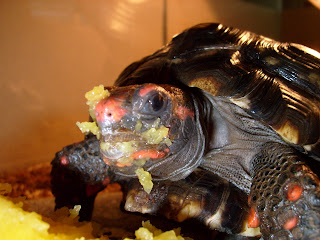